Daily, we eat more water than we drink. Did you know it requires 15,000 litres of water to produce 1kg of meat?

If we want to keep clean water for future generations, we should also, change our eating habits. It’s important to think about the indirect consumption of water, which tells how much of hidden water is used to produce a particular product.

According to GRACE Communications Foundation, the food we eat makes up two-thirds of our total water consumption. If we really want to preserve clean service water for our future generations, we should not only save water, but also change our eating habits.

But how can we eat more water than we drink? We must consider the indirect water usage, i.e. the “virtual water” necessary for production of specific foods.

Meat production can serve as an example. Based on the research published by The Guardian, 1kg of beef requires 15,000 litres of water. 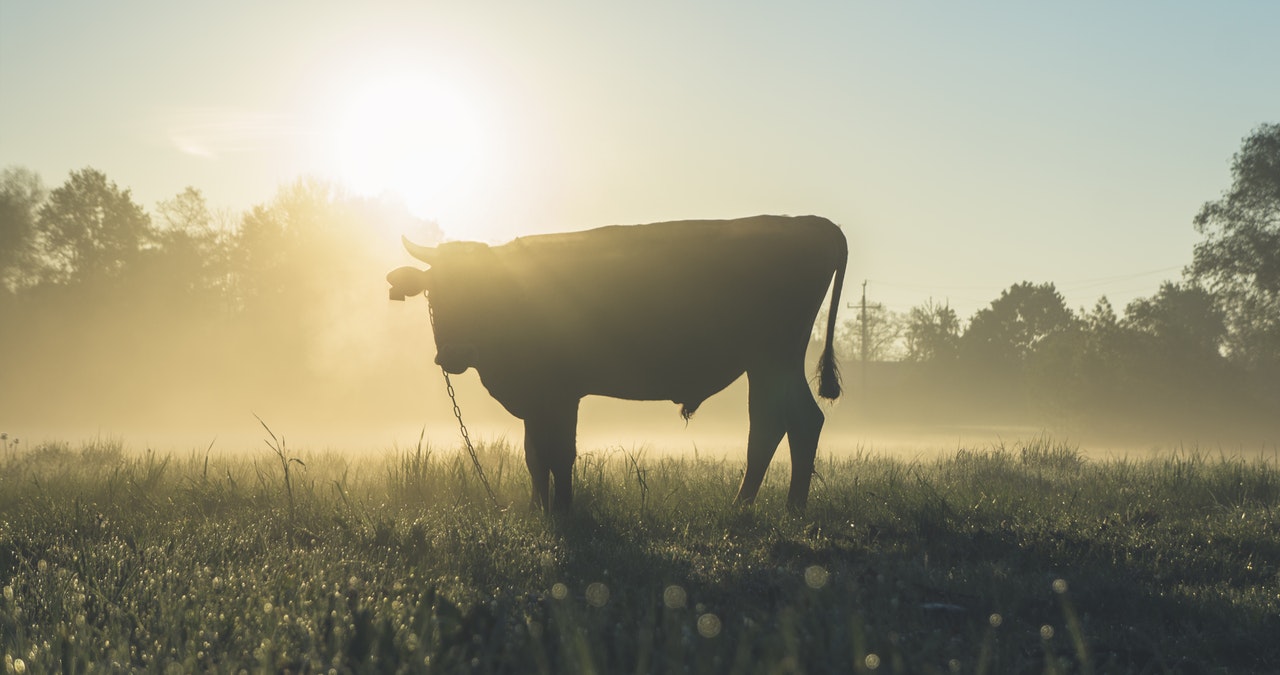 Let’s take a look at other water consumption data.

For instance, to produce 1kg of pork we need approximately 6,000 litres of water. 1kg of chicken meat requires 4,300 litres.

There are more reasons why these numbers reach such heights. Firstly, to comprehend the water consumption issue full-scale, we must consider not only the water livestock drinks, but also water used to produce the crop to feed them (e.g. corn or soya).

Vegetable and fruit are better off

It was found that less water is used for production of fruit and vegetable than for meat. This is one of the clarifications of many experts and eco-friendly foods fans increasingly inclining to vegetable and fruit diets. The figures speak for themselves.

With 27 litres of water per 250ml, only tea was placed better than beer.

Sin tax of chocolate - not the only sin to pay for

Chocolate production, being no exception, also wastes huge amounts of water. In the “leader board” provided by The Guardian based on the IME data, chocolate took the first place as the biggest water consumer.

1kg of chocolate requires astonishing 17,196 litres of water! It's not only the sin tax you have to pay for when savouring this delicious sweet, but also the eco-sin.

The table below provides detailed summary of water consumption per foodstuffs. 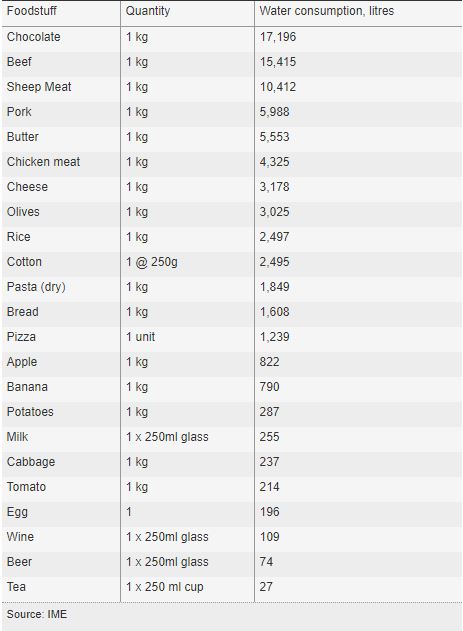 Eglé Plytnikaité, an independent Lithuanian illustrator, took the path of enlightening the public on water saving issues, transforming above mentioned dry facts into creative visuals. Her project, How much water do you eat?, is a graphical depiction of above mentioned data and, thanks to its impressive form, it went viral almost immediately. 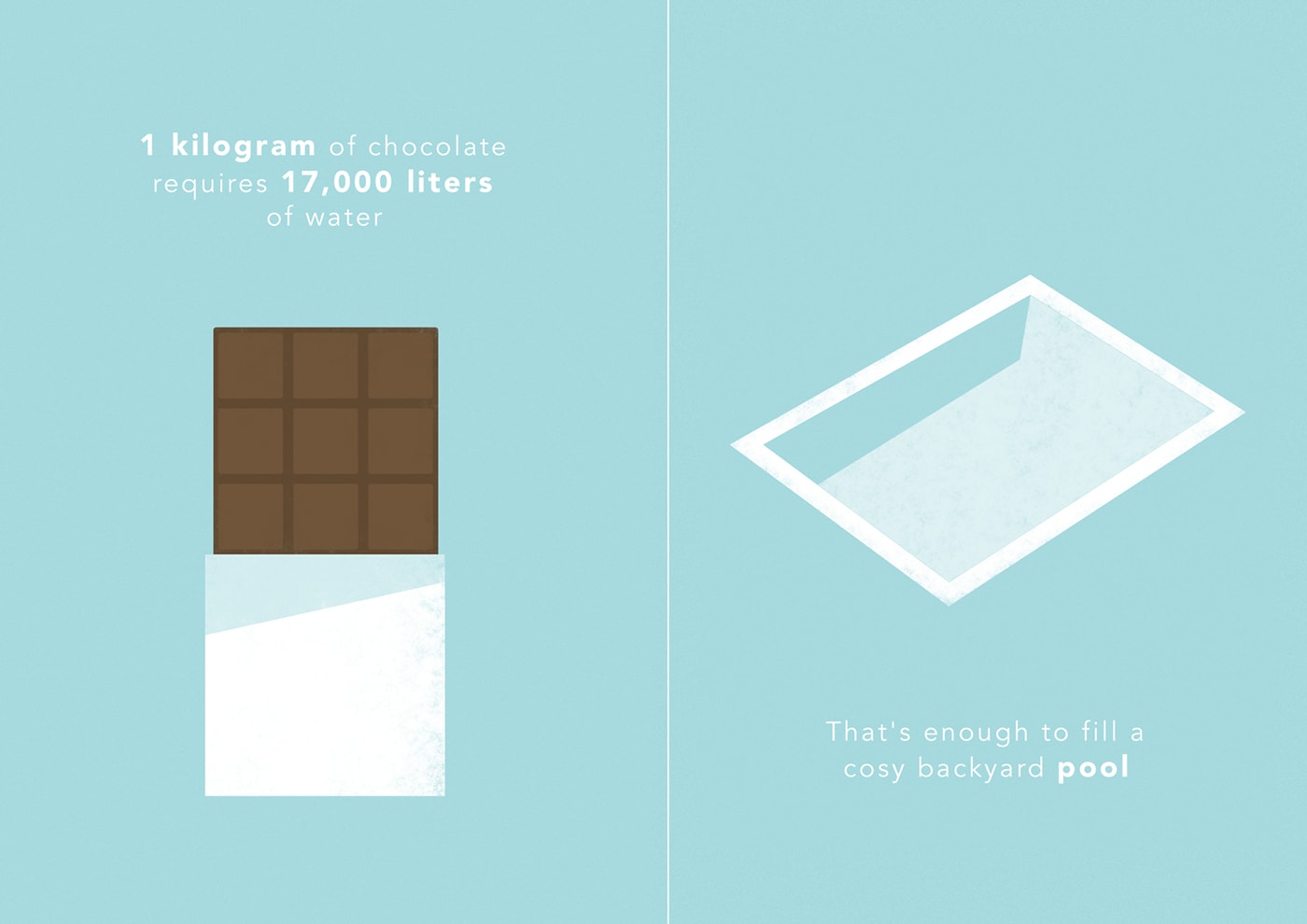 Water that’s used to produce a kilogram of chocolate will fill the entire pool in the yard. 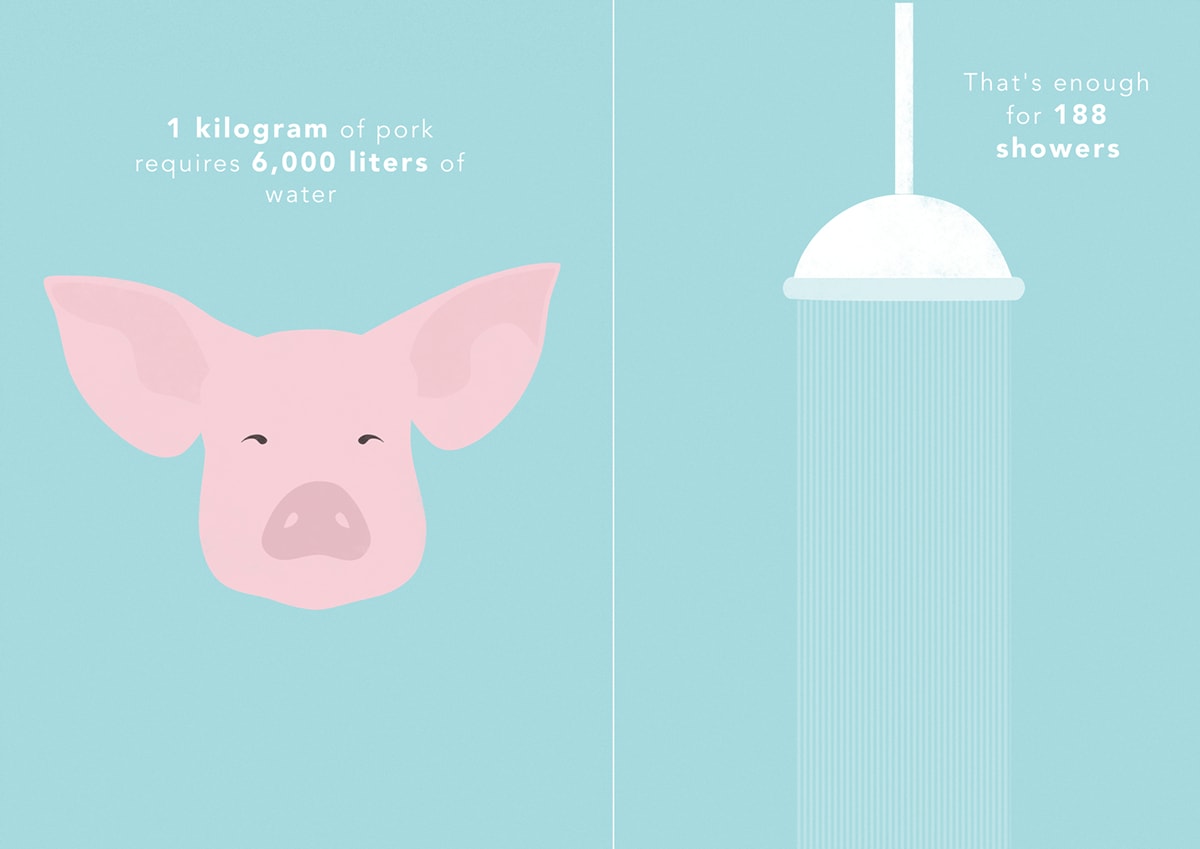 Water used for the production of a kilogram of pork is sufficient for 188 showers. 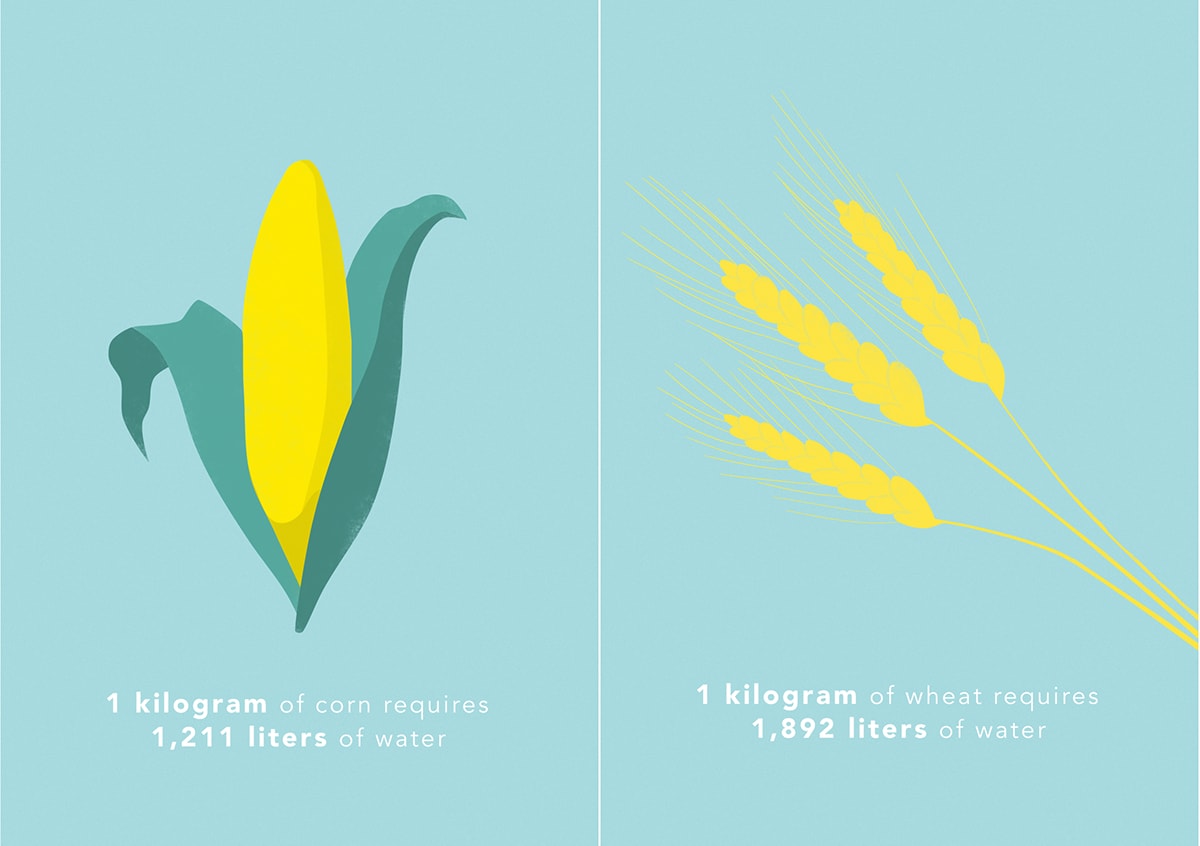 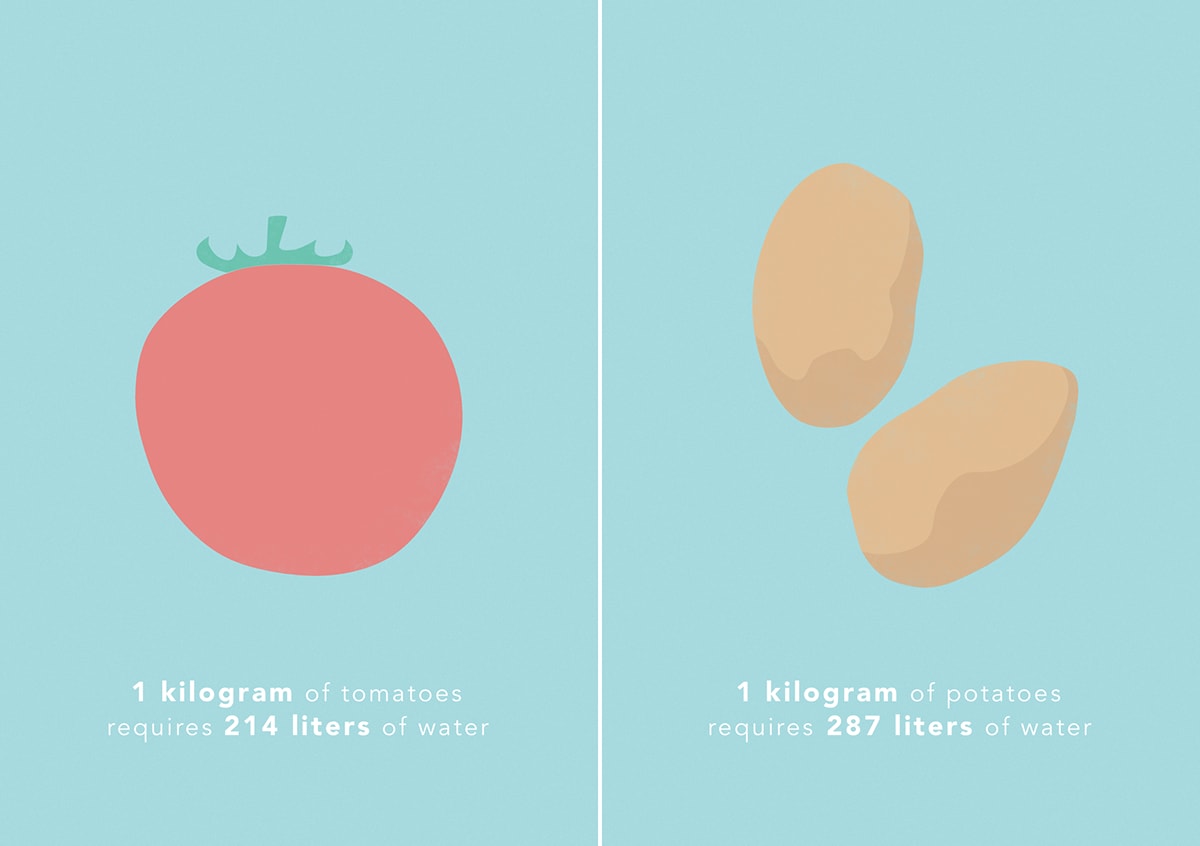 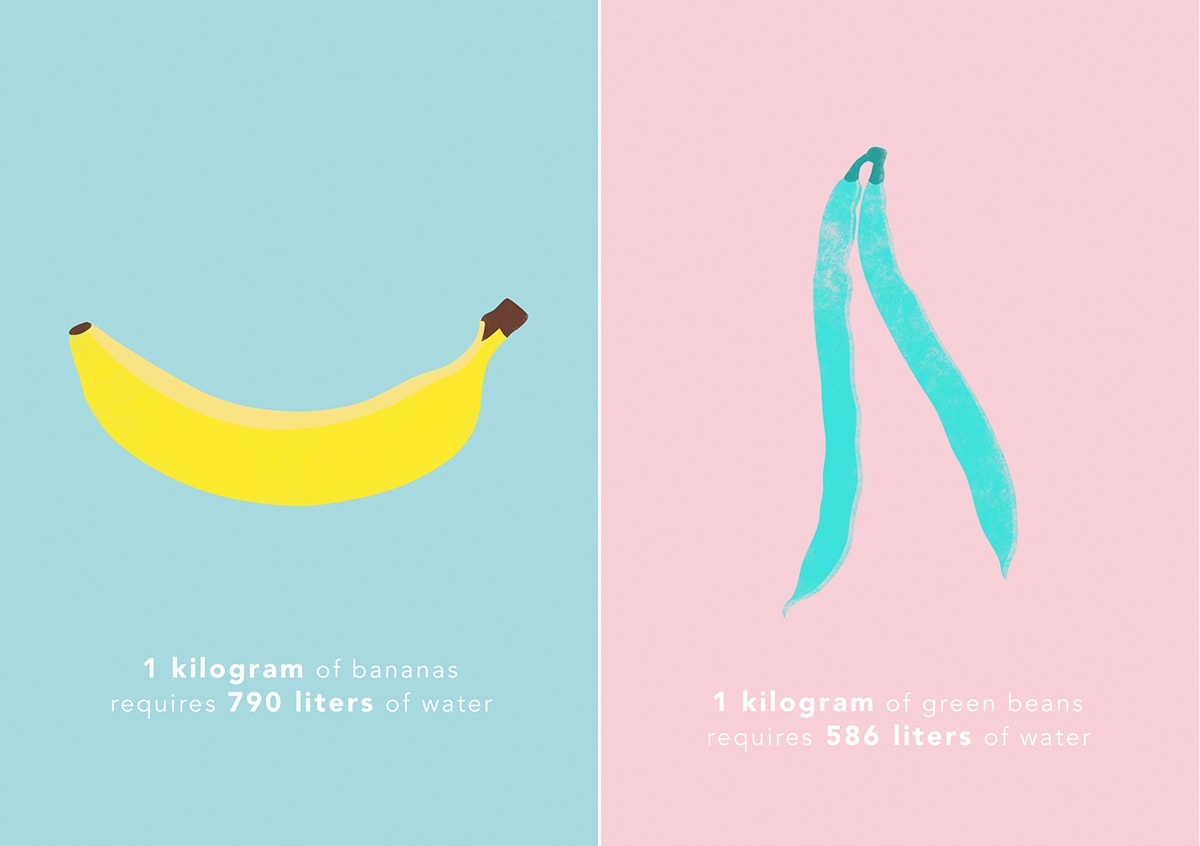 Vegetable and fruit for dinner instead of meat and chocolate sounds better and better, doesn’t it?

END_OF_DOCUMENT_TOKEN_TO_BE_REPLACED

These industries are the biggest water polluters: what are the causes and what can we do?

It might seem that water is abundant on our blue planet. However, when it comes to drinking water, the figures are nowhere near as optimistic.

END_OF_DOCUMENT_TOKEN_TO_BE_REPLACED

The wastewater treatment sector is considered to be the fastest growing global business.