Reconstruction of the WWTP for Volkswagen Bratislava: How the potential of bacteria can be used?

Volkswagen Bratislava needed to expand the capacity of the biological part of WWTP. Read about how we did it.

With the growth of the business and its progress, water consumption is also increasing. This is due to increased production and, undoubtedly, to an increase in the number of jobs. That is why it was necessary to expand the capacity of the wastewater treatment plant of Volkswagen Bratislava, more precisely its biological part. How did we do this?

The biological part of wastewater treatment is that bacteria use water pollution as a source of energy for their lives. Therefore, if we want to remove more pollution, we have to do one of the following.

1. Engaging more bacteria and increasing the volume of the tanks

It is logical that more bacteria treat more pollution. This can be done either by adding more bacteria to the existing volume. Experimentally, this quantity is called sludge concentration, so it would increase.

The second way is to increase the volume of the tanks to extend the contact time of the bacteria and the "food source" and also to contain more bacteria with the same concentration of sludge.

The third alternative is to link both of these options. 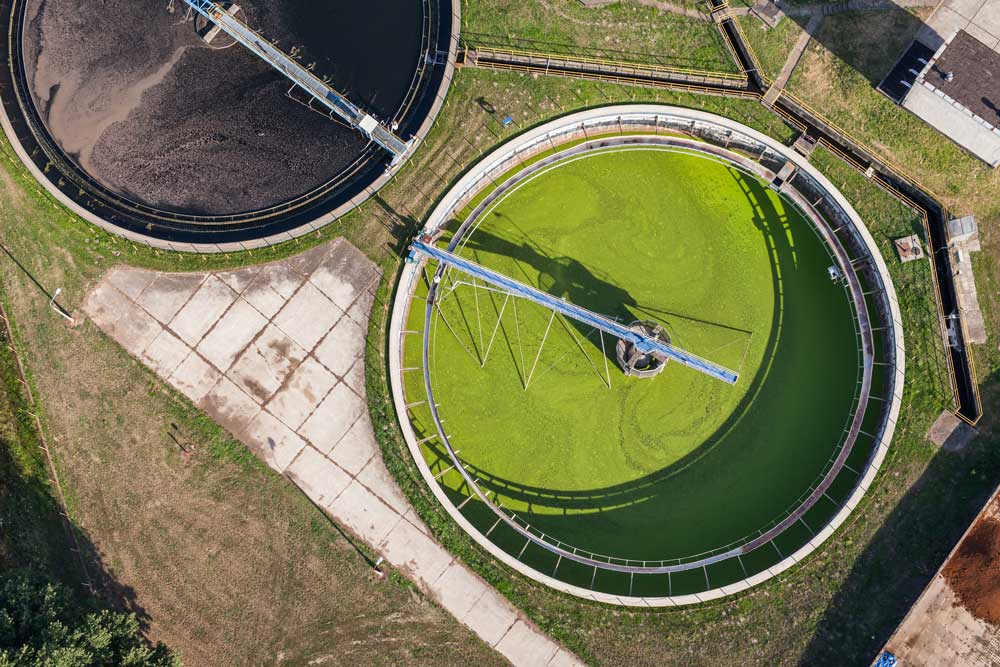 Another solution is to try to create bacteria "feeling of hunger" and to exhaust their supplies. In this way, their accumulation capacity would increase, resulting in more intensive pollution removal. This process uses so-called sludge regeneration.

It runs in a separate tank to which thickened sludge is added (a concentrated mixture of bacteria).
Since most of them work under aerobic conditions - in the presence of oxygen, the air is supplied to the bottom of the tank, which dissolves during its passage through a mixture of sludge and water.

The bacteria use it in their metabolism to consume the rest of the pollution present in the water and its own metabolical supplies.
In addition to regenerating bacterial accumulation capacity in this process, removal of ammoniacal nitrogen is promoted under long periods of time under oxidic conditions.

Combination of both measures at the Volkswagen Bratislava WWTP

In the case of the Volkswagen project, both options were used to a certain extent.

Two smaller tanks with denitrification (nitrate conversion to nitrogen gas - D) were placed under the old purification scheme, followed by a nitrification tank (N-ammonia transfer) and a clarifier tank (DN). 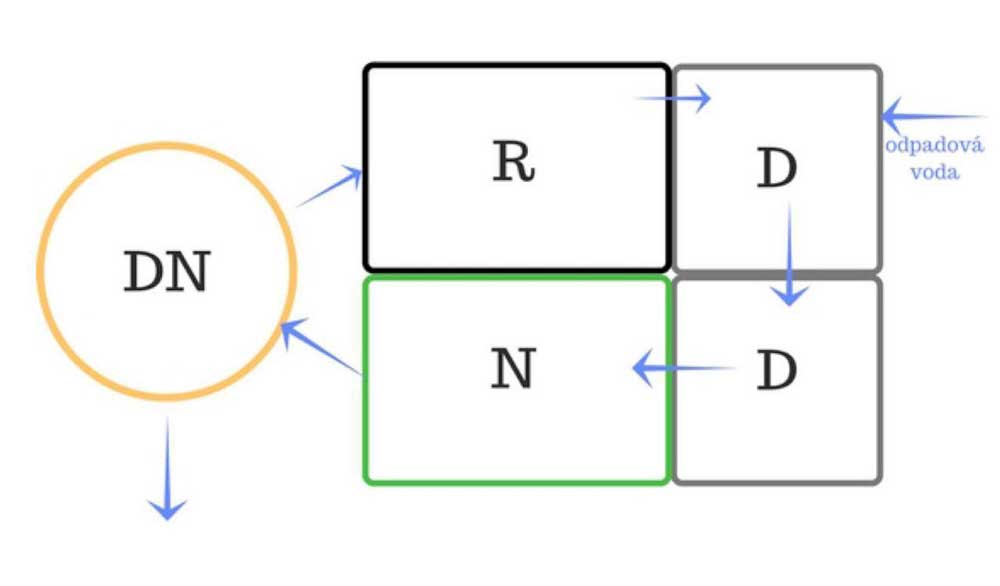 pic.1: The original scheme of the plant

When increasing the efficiency of the treatment plant, the process has been preserved, but the location of the tanks has changed (Fig. 2). By implementing the regeneration tank the capacity of the plant was improved - extended space for the removal of organic pollution and the removal of some elements, especially nitrogen. 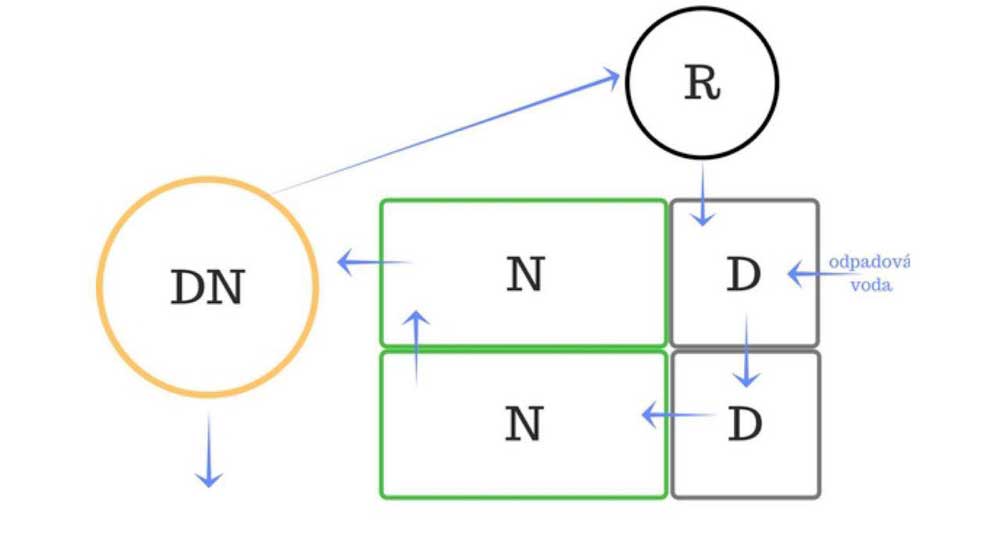 pic.2: Scheme after the reconstruction

Although Volkswagen did not have problems with complying with legislation on waste water treatment, it has expanded its safe zone in which it can move.

The investment made by the company will again guarantee compliance with the limits of discharged wastewater and at the same time save the money that would have to be paid for fines, retaliation and others.

The potential and abilities of the bacteria is great, so we believe that the newly refurbished wastewater treatment plant will serve for a long time. The last details of the reconstruction are now being done, and after doing so, it is enough just to pass this work to the hands of the competent.

Our client has been a very good partner and our cooperation went smoothly. We are happy that we helped each other.

END_OF_DOCUMENT_TOKEN_TO_BE_REPLACED

Global war for water: Is this threat real?

Global climate change is largely threatening water supplies and scientists warn of the catastrophic consequences of our carelessness.

END_OF_DOCUMENT_TOKEN_TO_BE_REPLACED

Pepsi, Facebook, and Microsoft: how global companies strive to restore more water than they consume

You might be familiar with the terms sustainability, carbon neutrality, renewable resources, and biodegradable packaging. But do you know what it...

END_OF_DOCUMENT_TOKEN_TO_BE_REPLACED

Root zone wastewater treatment plants (WWTPs) are a quiet solution that works without electricity and looks like a garden.