Oil booms, skimmers or sorbents. In this article we will discuss the most used methods to clean up oil spills at sea.

The so-called sorbents act like a sponge that soaks up the oil. In-situ burning was employed during the Deepwater Horizon drilling site explosion. In this article we will discuss the most used methods to clean up oil spills at sea.

Did you know that one third of the world’s oil comes from offshore drilling sites? While most offshore rigs never run into any problems, on occasion damage to either the structure or drill itself results in oil spilling into the ocean. 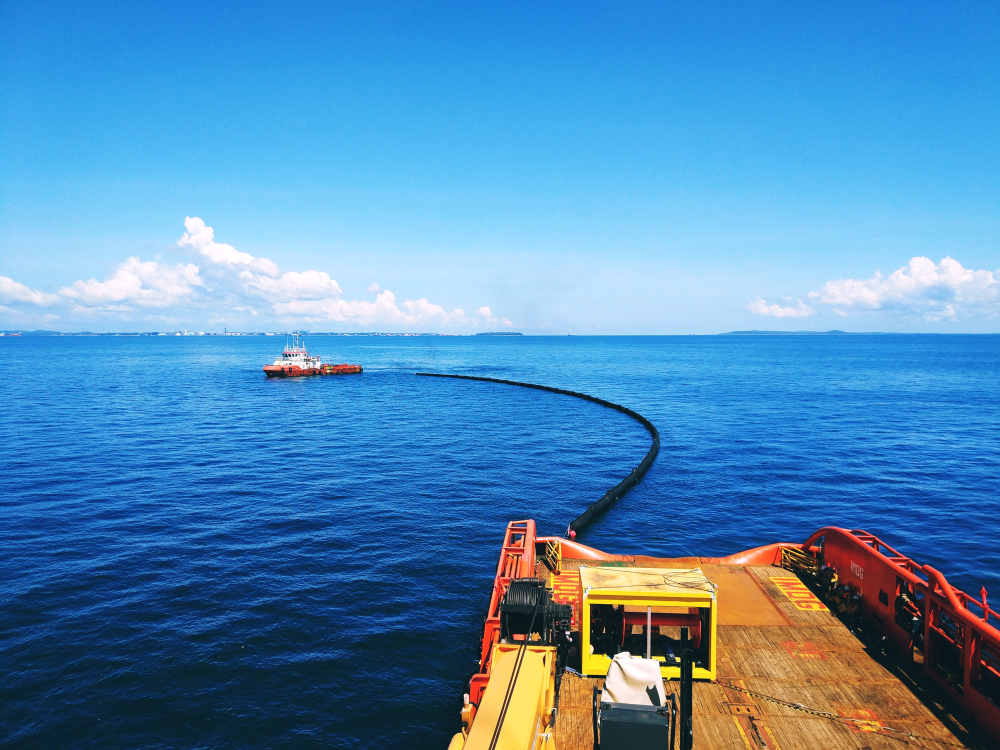 In these cases the oil booms can save the situation by trapping the oil. They feature three main components: a freeboard for trapping the oil rising above the water surface.

The second component is called a “skirt” placed under the freeboard below the water surface which acts as the barrier wall.

Let’s not forget a chain or cable that connects the parts to strengthen and stabilize the boom.

By the way, the booms cannot be used everywhere. This device is suitable to remove oil spills from a single area. The more oil is spilled in the ocean, the less effective is the method. 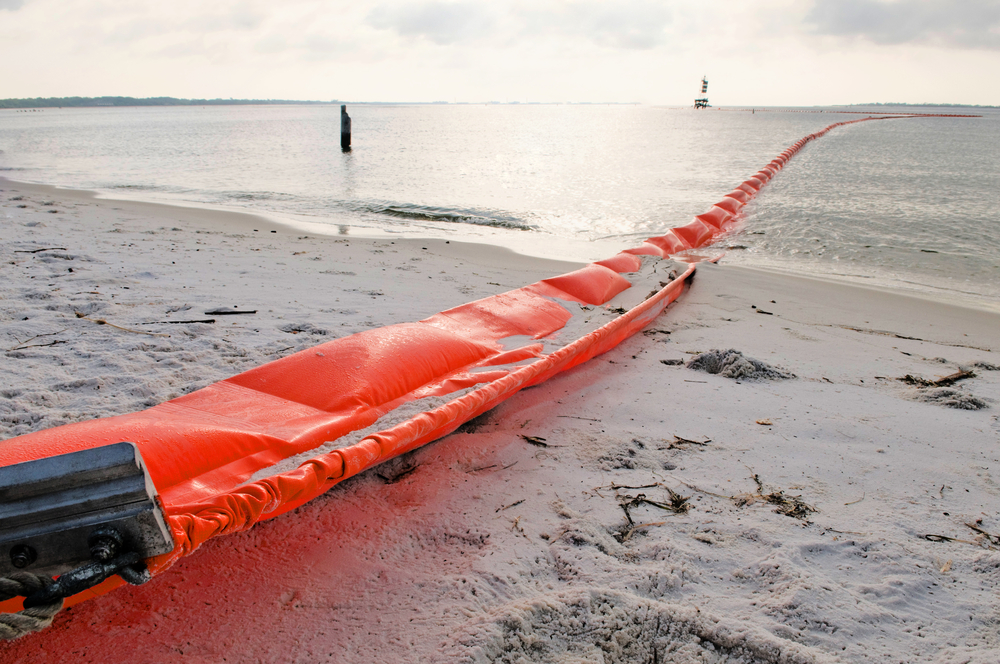 Oil booms are also not suitable for areas with strong waves, windy conditions, and strong tide. In conclusion, booms come in different sizes since their use depends on the size of the spill.

The word sorbent might sound unfamiliar. We will provide you with its meaning. When the oil is spilled in the ocean, two types of sorbents can be used to clean up the spill. The absorbents that soak up the oil and the adsorbents that do not soak up the oil but form a layer on the surface instead.

Materials commonly used as oil sorbents are straw, corncob, or peat moss. Their advantage is their organic nature. The disadvantage is they absorb only 3 to 15 times their weight.

Synthetic materials, with their capacity to absorb 70 times their weight, are better sorbents. Researchers at Argonne National Lab have developed an even more effective material that can absorb up to 90 times its weight in 2017. Unlike natural sorbents, which can be used only once, this “sponge” made of polyurethane foam can be reused.

The sorbents, just like the oil containment booms, also have several disadvantages, such as that they are difficult to retrieve. In the worst-case scenario, the sorbents might sink under its own weight and pose a risk to aquatic life.

If the oil cannot be soaked up, skimmers mounted on the edge of the boat are next to be deployed. These devices are specially designed to suck up the water from the water surface. 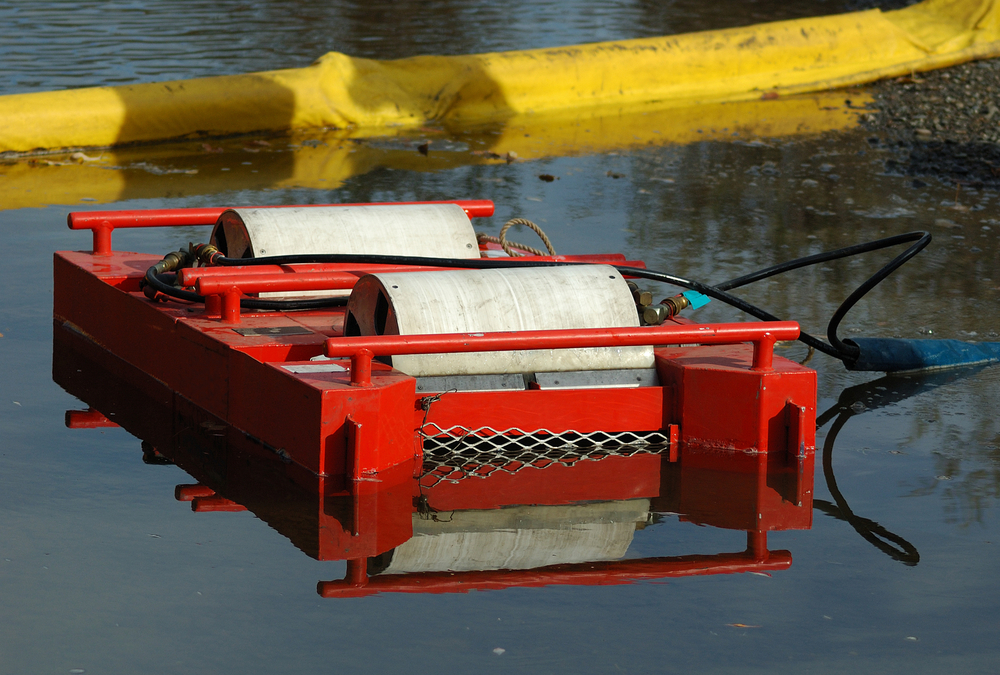 Example of a skimmer

Even better, they can separate the water and oil, making the oil re-usable. As for the disadvantages, the presence of debris prevents their use as they can get clogged, and thus become unusable.

This method serves the purpose of “flushing” rather than cleaning the water. Imagine a water heater that heats up the water to 170°C. The hot water is then sprayed with high-pressure nozzles on areas with trapped oil. 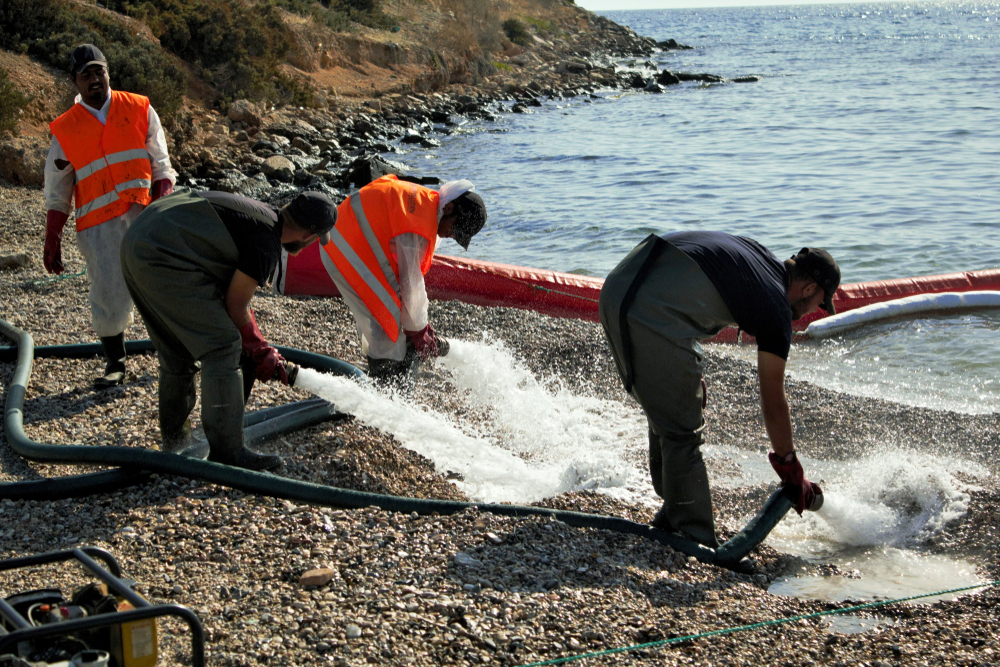 The pressure flushes the oil to the water surface which can be collected with skimmers or booms. This procedure is mainly applied in situations where the oil is inaccessible to larger machinery, such as on the beach.

It is not the best option for seas since the high pressure could disperse the oil, contaminate clean water with oil, and put the marine life in danger.

The Gulf of Mexico Oil Spill on the Deepwater Horizon drilling site occurred in 2010. The in-situ burning has been used to remove the oil. The procedure is easy: the oil floating on the surface is ignited to burn it off. The burning is subject to strict supervision.

In-situ burning is much more effective compared to other methods of oil spill clean-up. It can remove up to 98% of oil. 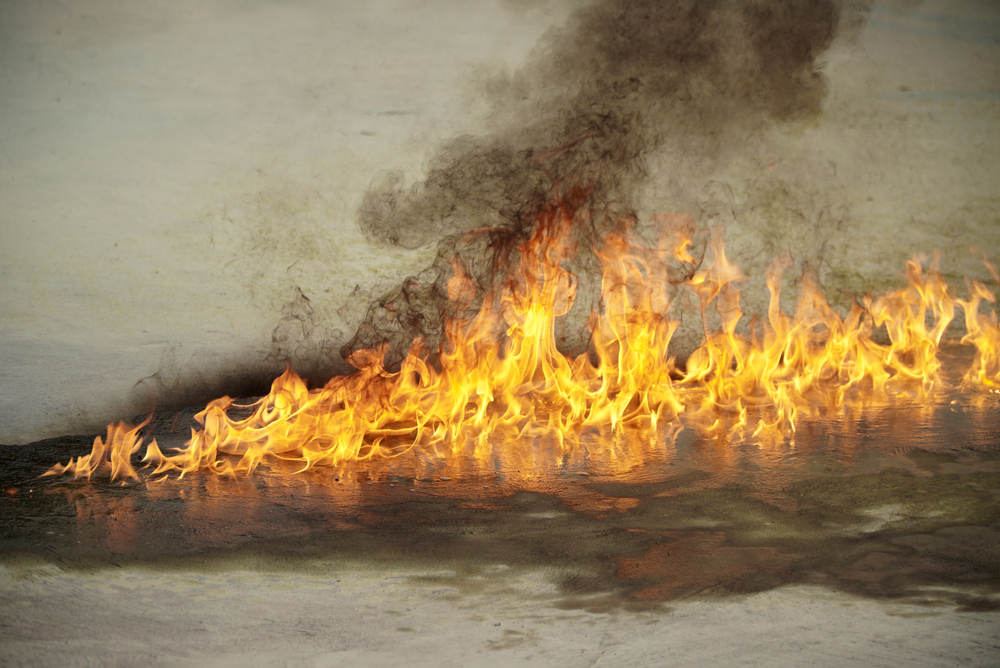 However, it cannot be used at every accident. The spill thickness must be at least 3mm on the surface to be burned. Thinner layers are more difficult to remove, sometimes even impossible. Unfavorable weather conditions are also not compatible with the in-situ burning.

Gelatinizing is the process of applying agent in powdered form to oil spills on water.

The compound confines the oil and creates a more solid gelatin, and thus separates the oil from water. The oil-gelatin compound is later collected by nets and skimmers.

This method is effective, yet difficult to apply. The oil and gelatin ratio is 1:3 which means you need three times the amount of gelatin to remove the oil. For some accidents this is not possible.

Bioremediation is the last method of oil spill clean-up which we cover today. It is based on the use of specific microorganisms released to the water, such as bacteria, algae and fungi. 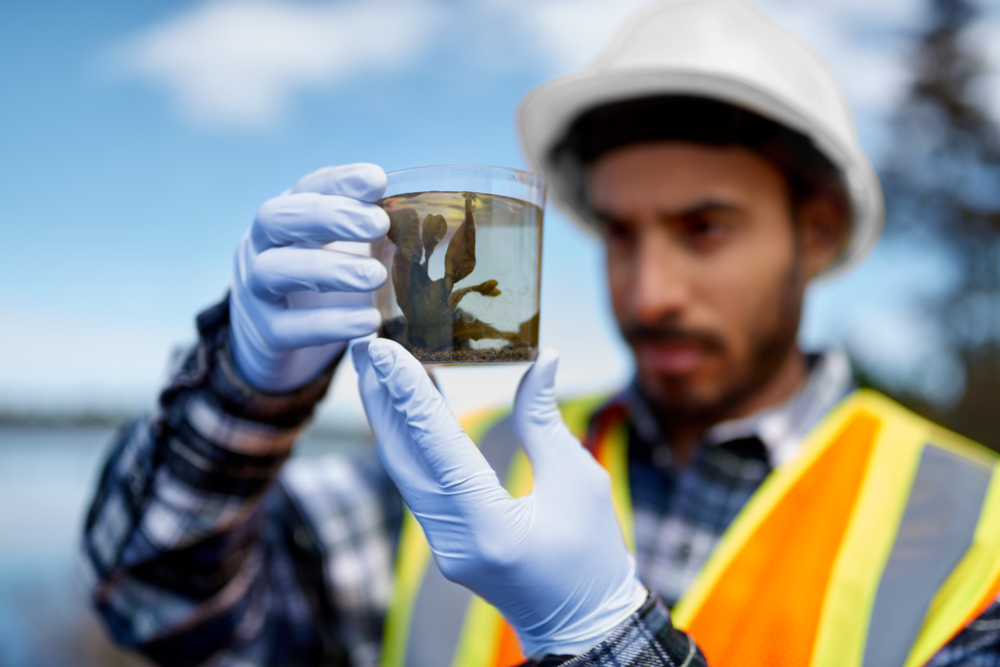 Their purpose is to break the oil into simpler and non-toxic molecules. In order for the method to be as effective as possible, the fungi or algae should be as big as possible. Reagents and fertilizers can be added to the contaminated water to facilitate the growth of the above.

Hydrotech does not specialize in oil spills removal, however, wastewater treatment is our field of expertise. Further information about our solutions are available on our official website.

END_OF_DOCUMENT_TOKEN_TO_BE_REPLACED

8 important facts about drinking water we should bear in mind

Did you know that it takes on average 8 liters of drinking water to flash the toilet once? What else you did not know about water but it is very...