What if the water level drops significantly in Slovakia as a result of global warming?

Solution of this problem can be a Zero Liquid Discharge (ZLD) application.

The topic I will be writing about in this article is not yet a major issue in our geographical area. But try to imagine the situation in which the climate in our territory will change so that we will have hot summers, winters will not provide snow anymore, precipitation will be rare, and if it happens, it will occur as a cloudburst only. In that case the wealth of our small country - water - could become a scarce resource.

River and lake levels would drop, some would dry out, resulting in lower groundwater levels. What would happen next?

What if the state orders water saving - not to use water for watering, letting the tap water flow only at certain hours during the day ...? And what about our industry? Maybe this would also influence the business you are working in.

Factories with lack of water are sci-fi in our country, in some other countries it is a reality

How can the factory work with a minimum volume of water? Unnecessary science fiction? In many countries it is a reality. Some states of Africa, India, Mexico or even California and many others struggle with this problem literally every day.

Therefore, there are so-called Zero Liquid Discharge (ZLD) factories using processes that provide a zero drain at the end of industrial processes. Simply, there is no wastewater flowing from the factory.

As legislation continues to push for a more rigorous treatment of polluted water, this principle is increasingly used. It may be useful especially in places where water is a scarce raw material.

Our company Hydrotech has cooperated with several Slovak and foreign customers who are or have been involved in food production. We have been dealing with the treatment of their waste water and many of our suggestions have also been put into practice. One of the examples is a bioethanol plant. 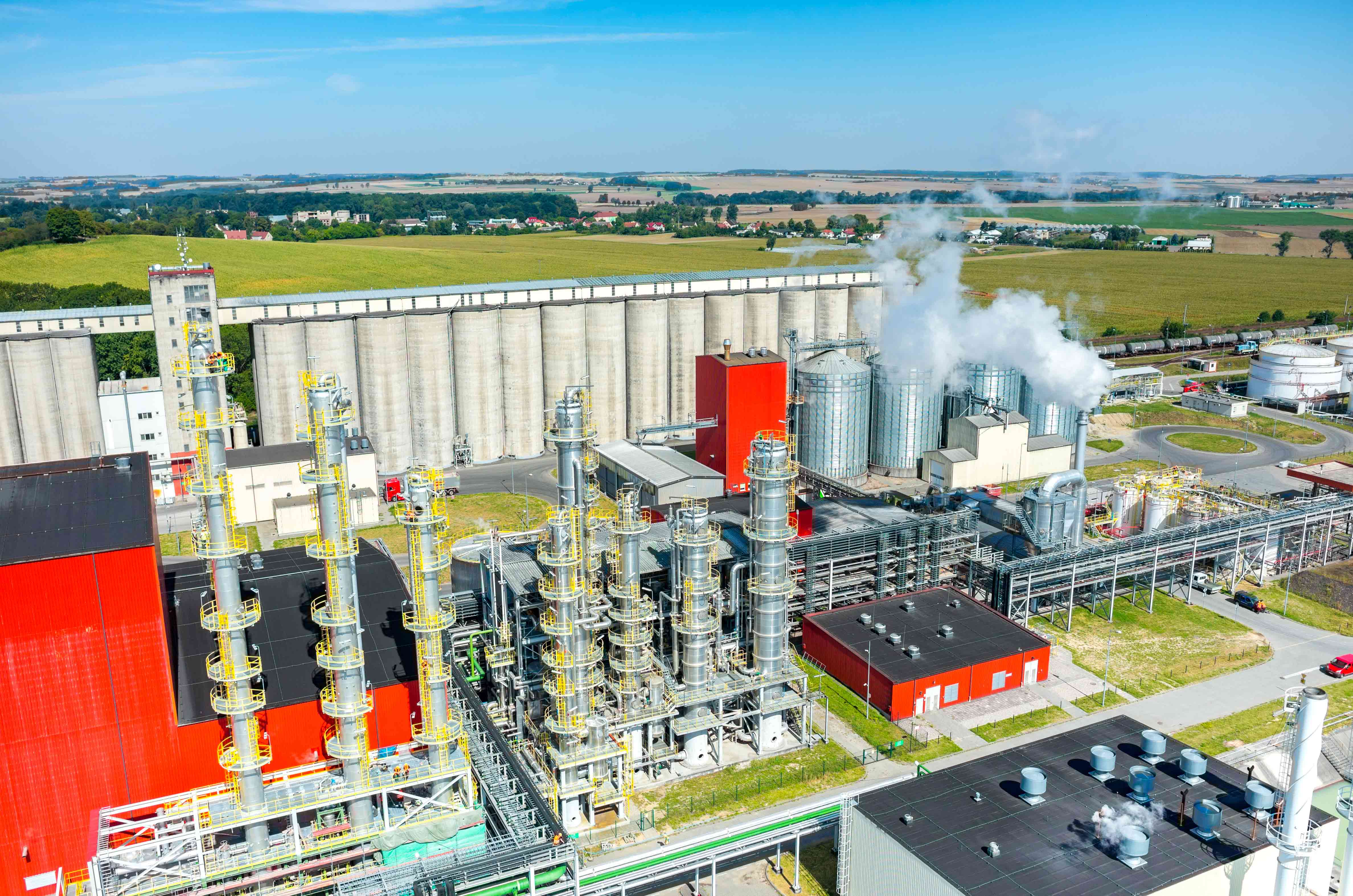 Let's see if this company would "survive" in a situation of an extreme water shortage.

At the beggining of each such factory is a plant (grain, fruit, vegetables, others).

When it passed through the fermentation and distillation process, ethanol and waste with high water content and biological substances are produced. Waste stream processing is extremely important, interesting and not rarely expensive. 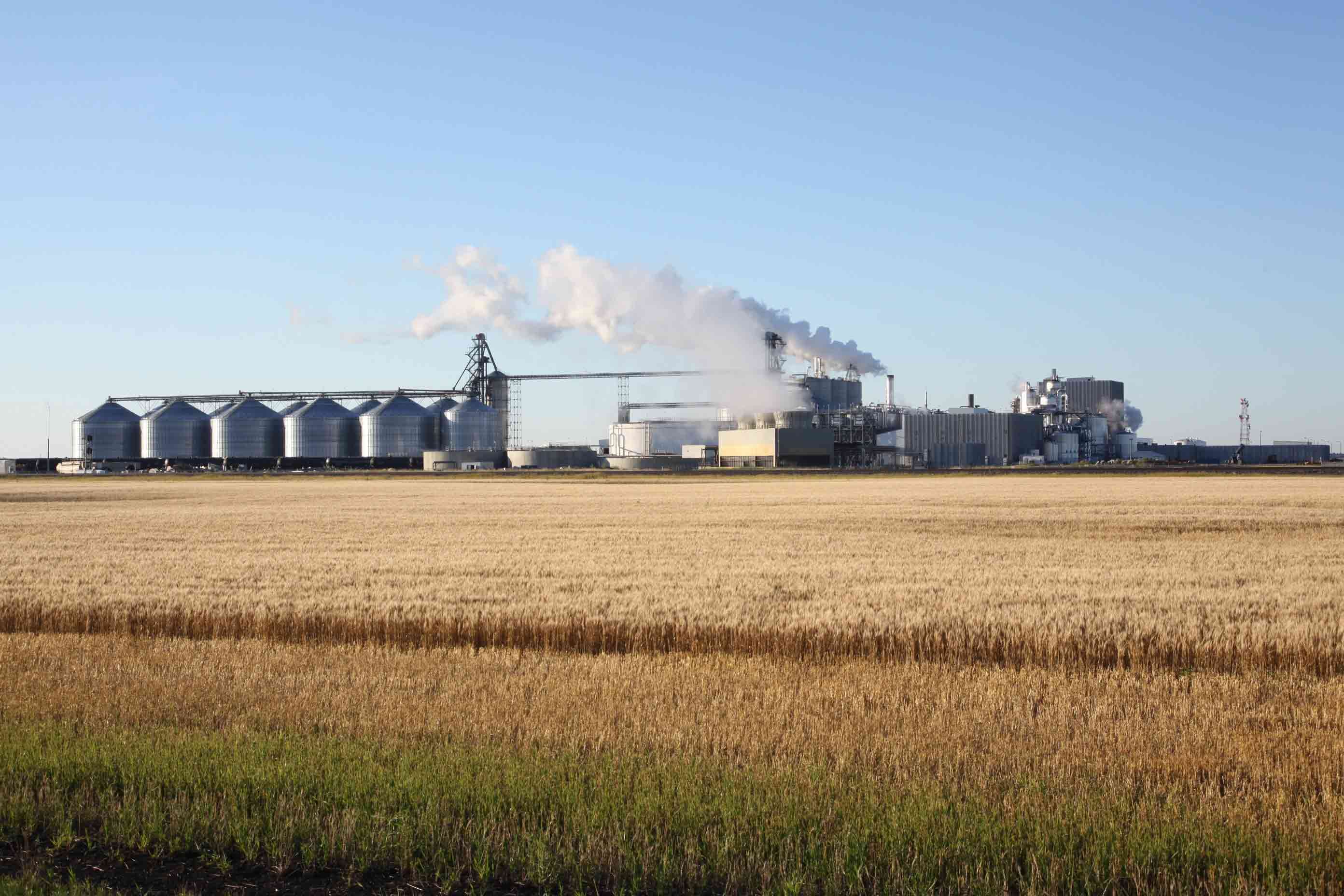 This biological residue with a different mixture of substances is fed to the centrifuge at the factory, where the solid part is separated from the liquid.

The next step is an evaporator. Here the liquid waste is concentrated and, together with the solid ingredient from the centrifuge, is led to the dryer. It comes from a product that can be further fed to livestock or used as a fertilizer due to its content. In the aforementioned evaporator, most of the water and volatile organic compounds are vaporized using the heat generated by the combustion of natural gas.

After cooling, the resulting condensate with still relatively high organic content is passed to the anaerobic reactor. At this point, which is heated to 37 ° C, anaerobic bacteria are present. They use energy from the digestion of organic substances in the waste water and thus purify them. In the first phase organic substances are cleaved into simpler, shorter chain components, more easily accessible to microorganism. The final work is provided by methanogenic bacteria, the product of which is a biogas composed of carbon dioxide and energy-rich methane.

Gas production is very large so the gas is stored and gradually burned in the factory's boilers, contributing to heat generation and saving the company's operating costs. Although we are talking about percentages of the total amount of gas consumed, this is not negligible.

Water flowing from the biochemical reactor is not suitable for discharge into the river and therefore one more purification step must be followed using bacteria, but now of a different kind and character. By supplying air to the wastewater and bacteria mixture, an environment is created for the activity of these microorganisms, which purifies the wastewater to values ​​approved by local water authorities as suitable for discharge into the river.

And what if the used water from the factory wouldn´t be discharged into the river?

If the hypothetical situation that I mentioned in the introduction was concerned, it would have come to the point where ZLD technology could be used. This would also provide the water parameters that would be needed in the initial phase of the manufacturing process mentioned above, and the water could be reused.

I will try to apply ZLD processes to our specific case. 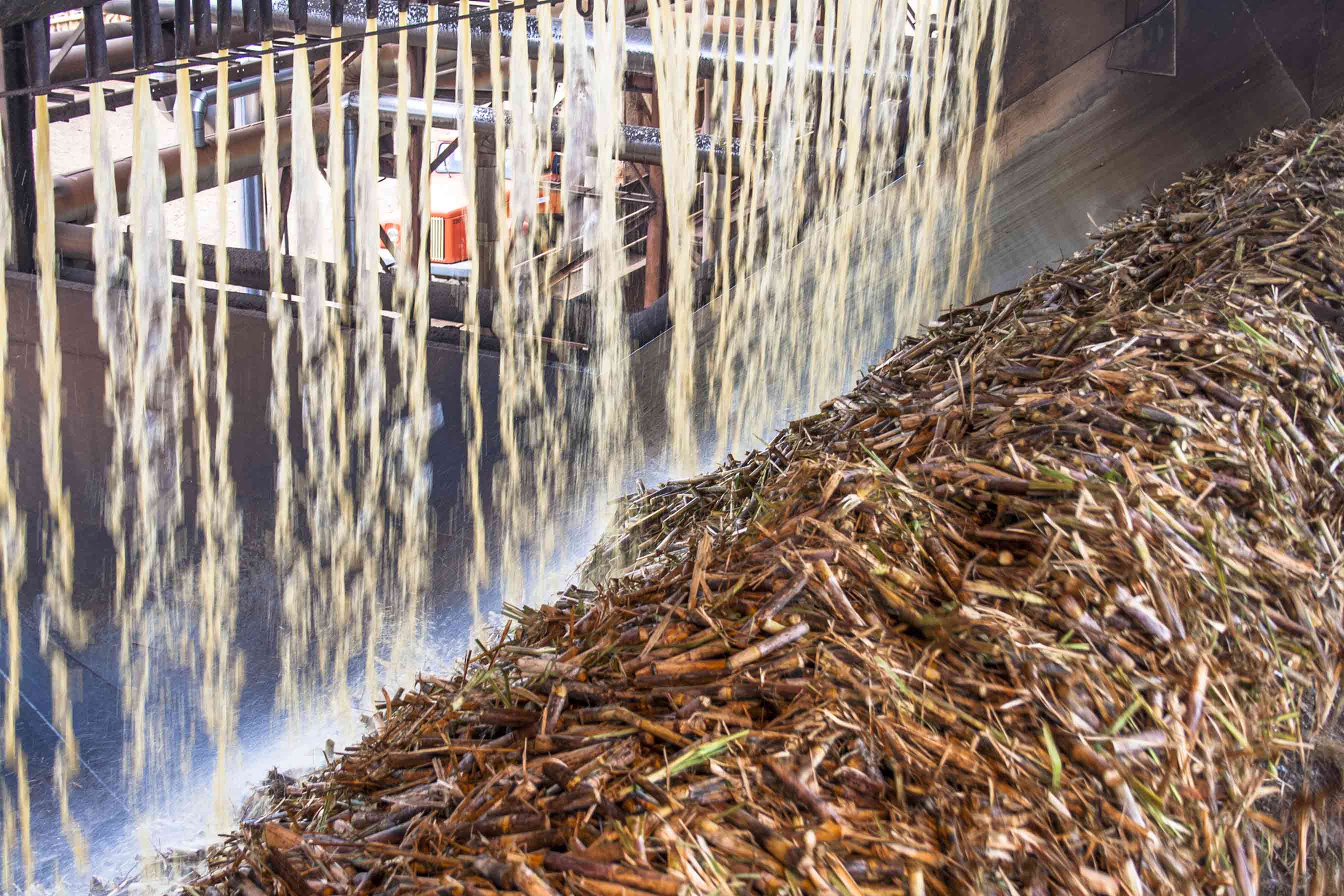 The benefit to the company would consist of at least three points:

The importance of such technologies also confirms the impact on nature itself. This is where ZLD systems behave as they use only as much material and raw materials as they need, or even less than they need.

At the same time a big thanks belongs to teams of professionals who also provide development to places in the world where people are not as lucky as we are, at least in terms of quantity and quality of water. Let us be insiperd by them and lets look for solutions in perhaps hopelessly looking situations.