Is river pollution a global issue? Here is a list of world’s 8 most polluted rivers

Following list shows rivers all around the world you don’t want to bath in, nor look at. Municipal waste and toxic contamination have already destroyed almost all life in these rivers; however, people’s and industrial producers’ ignorance has no limits. See for yourself!

Matanza River has 64-kilometre-long stream and is located in Riachuelo, Argentina. Natives often address it by nickname, “Slaughterhouse River”, implying its high level of pollution.

Matanza River receives large amounts of waste from slaughterhouses and tanneries, which contaminate the river with chemicals and heavy metals such as arsenic, chrome, mercury or copper. To make it even worse, domestic wastewater is drained directly into the river.

As a result, Matanza River is known for its bad smell, no life and since 2013 it’s ranked as one of the world’s most polluted rivers. 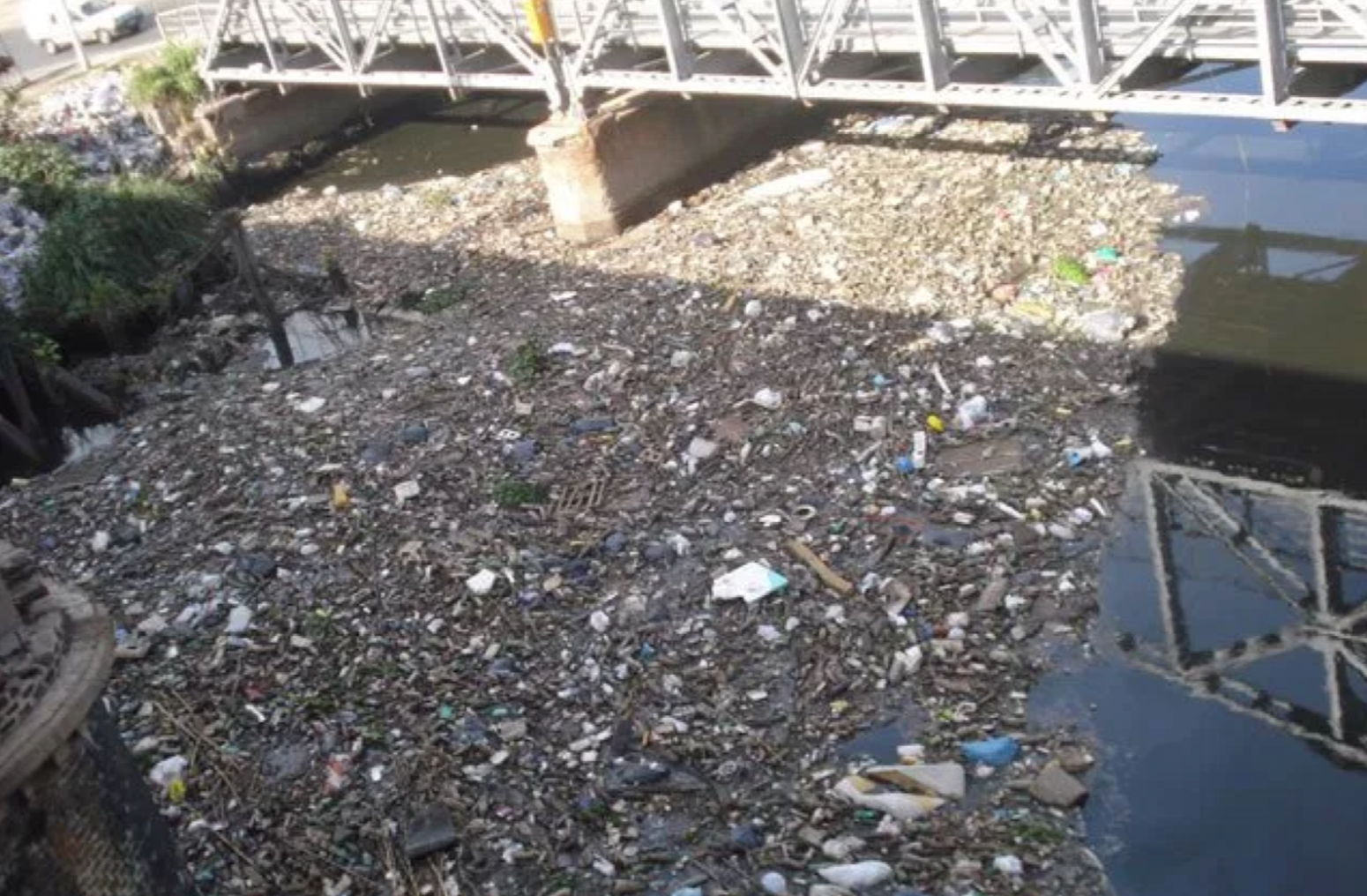 Buriganga River is doubtlessly Bangladesh's most polluted river. 4,500 tons of waste is pumped into the river from the capital of Bangladesh, Dhaka, on daily basis.

In Buriganga River, you can find almost every sort of waste you can think of, ranging from chemical waste from factories, domestic or medical waste to dead bodies of animals. Up to 80% of wastewater, which flows through the river, is not treated at all.

Just as Matanza River, searching for life forms in Buriganga River is pointless. 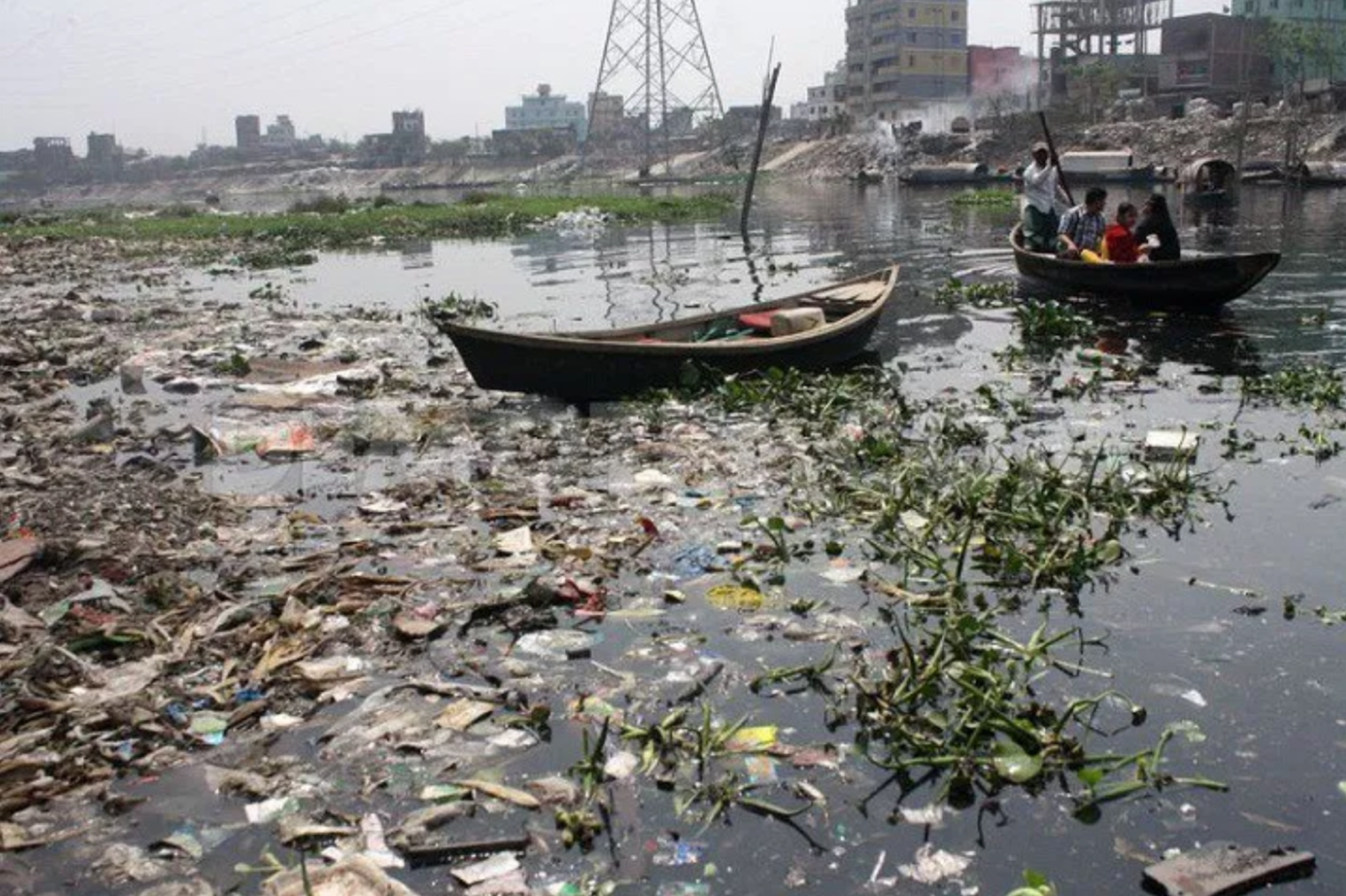 Marilao River, defiled by various waste coming mainly from fur and textile factories and municipal waste dumps, flows past Bulacan province in Philippines. Nowadays, almost no oxygen is present in the river so no life form can exist wherein. Marilao River is thus one of the 50 dead Philippines’ rivers.

Proper wastewater treatment could yet save many of them.

Greenpeace is currently working on the elimination of human errors of industrial producers responsible for the river pollution. Their goal is to call the attention of Philippine government to river pollution and convince them to provide financial support. We can only hope their point gets across.

If you are under the impression that river pollution applies mostly to the non-European and/or developing countries, well, you are wrong. Sarno River, located in South Italy, is an example. It is not only considered the most polluted river in Europe, but also ranks as one of the world’s most polluted rivers. By right.

It contains large amounts of toxins produced in agricultural, industrial and domestic activities. The upper reaches of Sarno River are more or less clean, however, the lower you look, the more pollution you see. Oil stains and chemical foam on the surface are visible from a great distance.

The good news is Italy intends to clean the river and since 2000, it took several actions to improve the situation. Hopefully, Sarno River and others will be one day clean again. 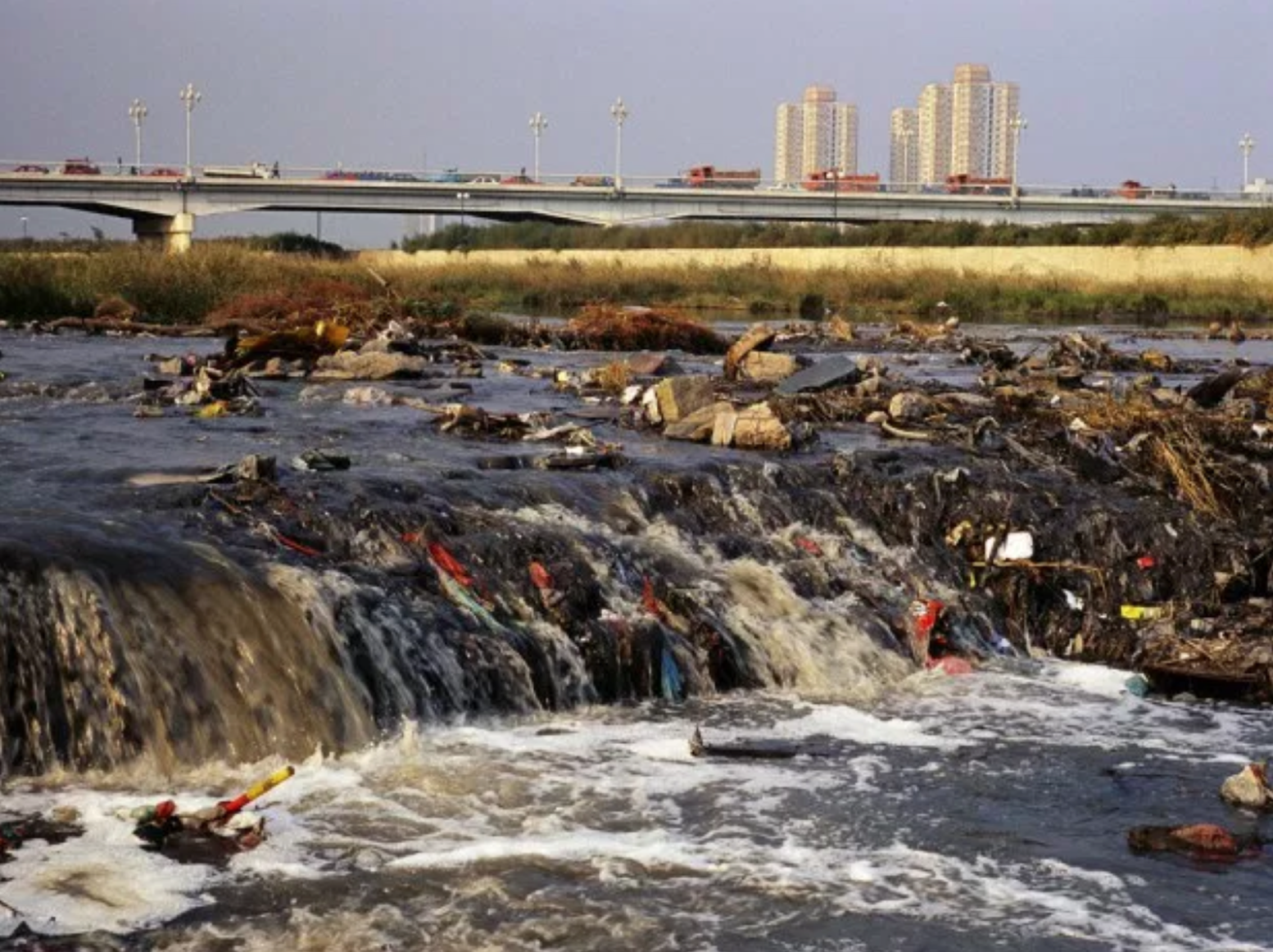 USA has also its share of river pollution. This applies significantly to Mississippi River, one of the world’s largest rivers, surrounded by many most fertile valleys used as agricultural regions. Therefore, the majority of contaminants are of agricultural nature, containing nitrogen and phosphorus. 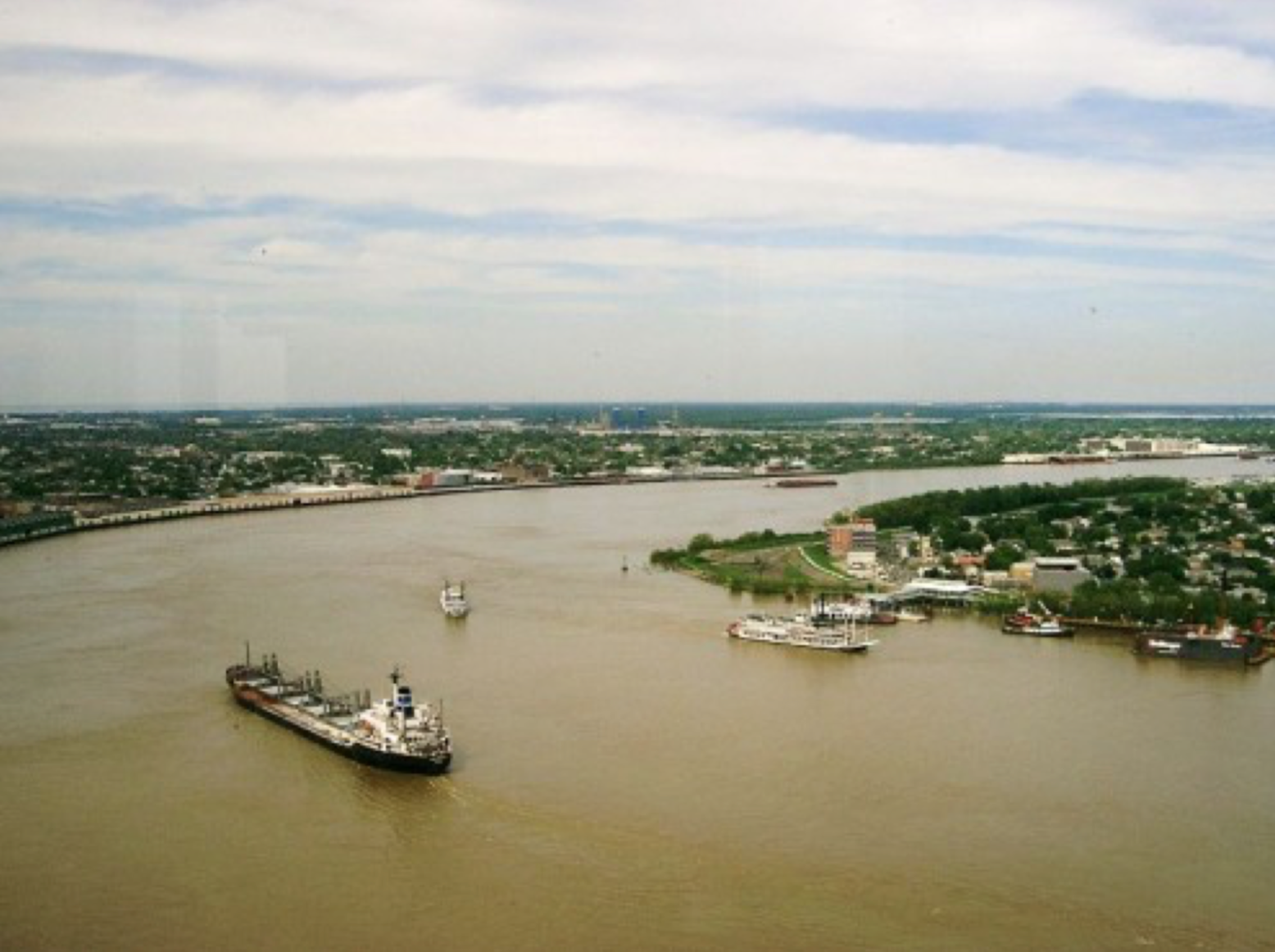 Looking at Citarum River makes you feel miserable. Levels of lead were found in the river at more than 1,000 times the USEPA standard. Furthermore, the population of millions of people made Citarum River their rubbish heap despite its benefits as source of drinking water and fishing area.

Yet, the major polluters are not the citizens but companies producing huge volume of wastewater without proper treatment. Their activities led to Citarum River becoming one of the world’s most contaminated rivers. The waste found in the water provides sufficient evidence thereof, but even more shocking is the water colour. 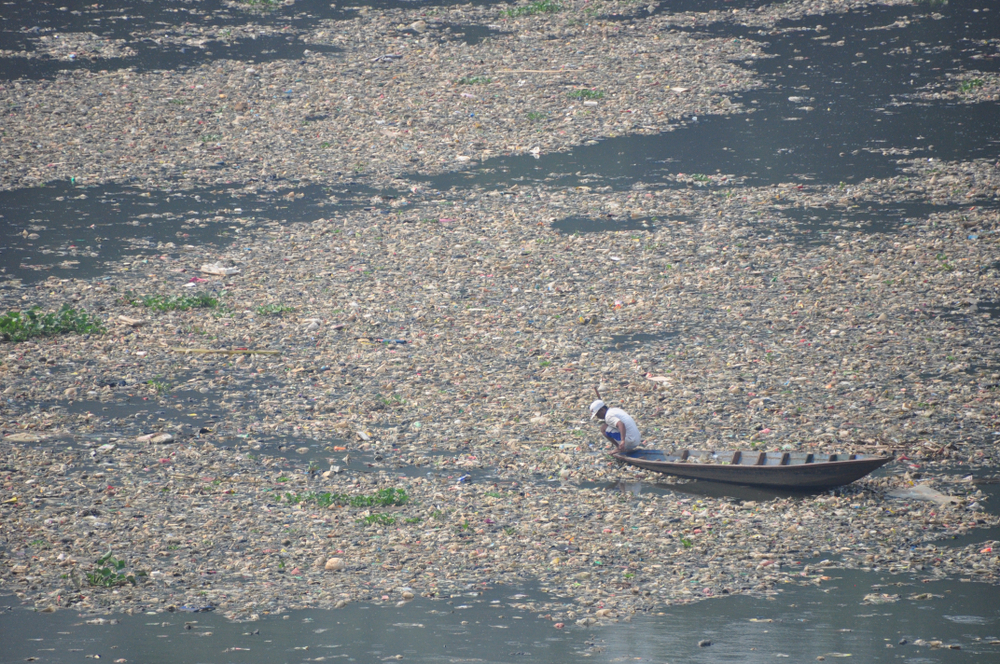 The Yellow River is the longest river in China and its middle and lower basin are the birthplace of Chinese civilisation. The name “Yellow” is not a coincidence. It describes the typical colour which arrives from soil carried downstream. Nowadays, the river, as a result of increasingly developing industrialisation, takes other colour variations.

It became a disposal site for toxic waste and therefore, Yellow River's water cannot be used even for agriculture. No surprise. Annually, more than 4 billion tons of untreated wastewater ends up in the river.

We can only hope that Chinese government stops this madness and waters of Yellow River once again become a symbol of fertility instead of human ignorance.

On one hand, it is the most sacred river to Hindus, who believe its water can wash any sins, but on the other hand, it is one of the most polluted rivers in the world. No wastewater treatment in 25 surrounding cities is the source of such huge levels of pollution (600km of its total length of 2,525km is highly polluted).

Many Hindus consider its water the potion of health, therefore, they plunge into Ganges River to take a bath, drink from it or even use it for cooking despite the well-known fact that the indigent, who cannot afford a cremation, burry the bodies of their relatives in Ganges River. 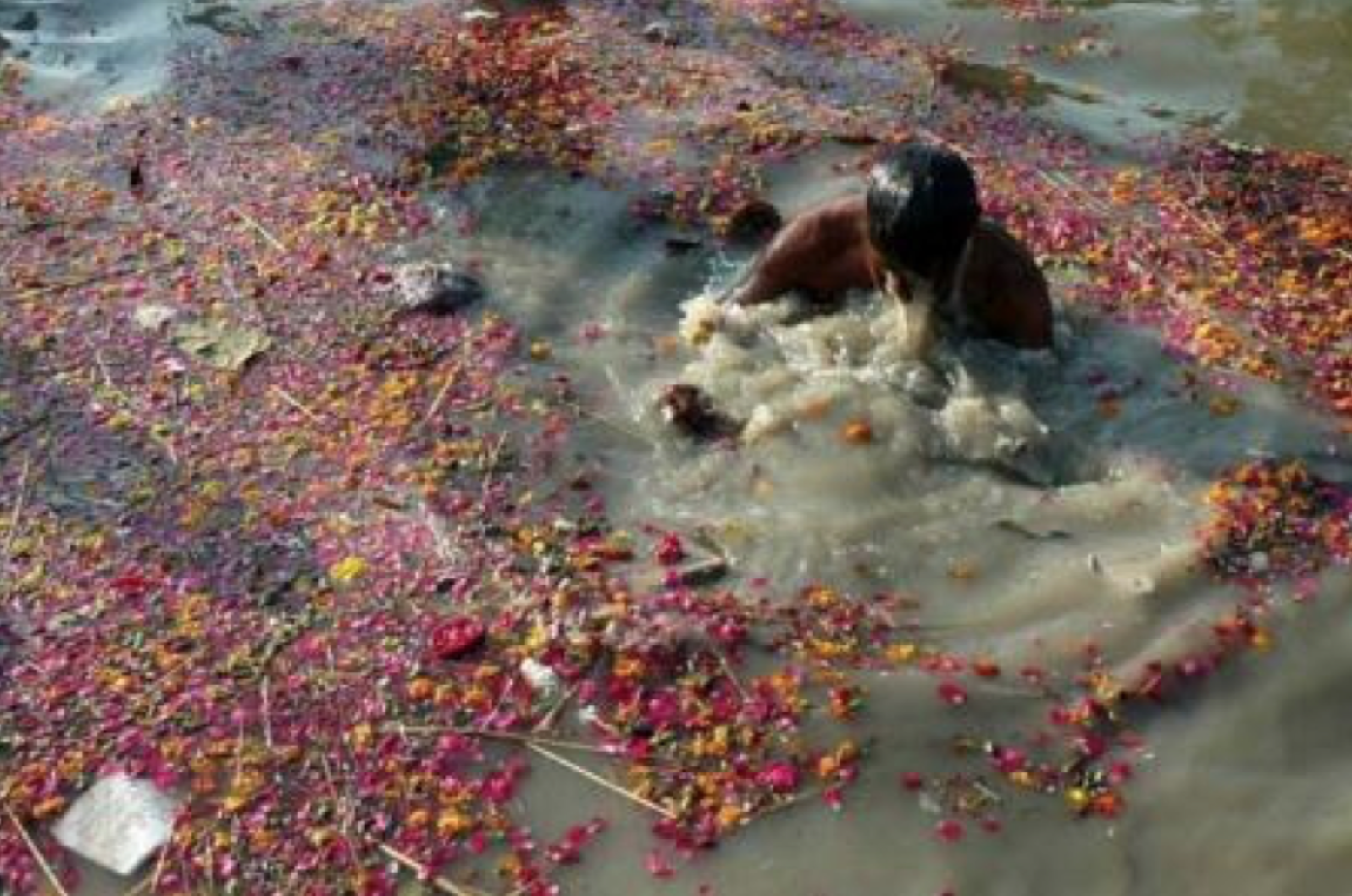 Do not waste our planet, use WWTPs instead